Watch Pirates of the Caribbean Movies in Order 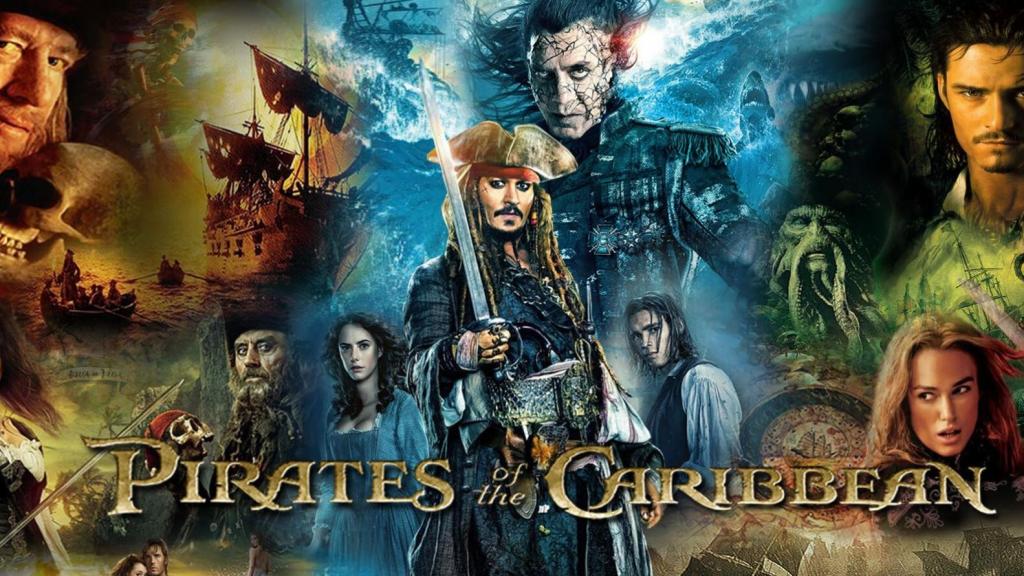 Install Peacock App on Firestick for Endless Hours of Entertainment: Here’s How How to Reset Apple TV to Factory Setting: Steps With & Without Remote Do You Wish to Activate Discovery Plus on Various Devices, Here’s How? Chromecast vs. Roku: Choose wisely which one is better for you Top 10 Movies on Tubi: What to Watch Which One to Choose- Android TV or Roku TV? Roku TV Won’t Turn On? How to Fix Roku?

A fun fact about this fun-filled film is that it was inspired by one of the rides based in the Disney amusement park. Pirates of the Caribbean is proof that movies based on something random can also turn out to be megahits. The first movie made its debut in 2003 and was a juggernaut success.

How to Change Language on Disney Plus?

The series consists of a history of 18 years and five original blockbuster films, and one short film to date. Each movie has received positive criticism from viewers worldwide, collectively helping the Pirates of The Caribbean franchise make over $5 billion.

The amalgamation of astounding cinematic effects, entertaining script, Hans Zimmer's catchy background effects, and (needless to say) an exceptional cast helped this franchise to become one of the highlighting Hollywood movie series. If you're intrigued by the background, then without wasting more time, let's look at the order to watch these movies.

Pirates of the Caribbean Movies in Order of Release Date

With the big announcement of the making of the 6th movie in the series, it’s time to gear up for it, mateys! If you haven't seen the previous films, then this guide will prove to be beneficial for you. From the introductory feature movie to the latest, below is a quick guide to watching these movies in order according to their release dates.

Where can I see All Pirates of the Caribbean Movies?

Each movie in this movie series made its way to the cinemas, and they were made available to watch on specific online streaming platforms. You can watch all five Pirates of the Caribbean franchise movies on Disney Plus. Other than Disney, if you have a premium Amazon prime account, you can stream it there. However, Netflix and HBO Max are not featuring this film series yet.

Plot of Pirates of the Caribbean Movies

POTC story follows Captain Jack Sparrow (Jonny Depp) and his companions on exciting and wild adventures and their expeditions for treasures around the sea. The plot is based on the actual world existence of the Golden Age of Piracy. Sail into the world of pirates as the crew faces terrifying enemies and is often threatened by rivals.

Pirates of the Caribbean - The Curse of the Black One

The first feature gives the first look at the main characters, Will Turner (Orlando Bloom) Jack Sparrow and Elizabeth Swann (Keira Knightley). In this quest, the peculiar Jack Sparrow accompanies Will Turner to save the love of his life, Elizabeth. She has been held prisoner by none other than Jack’s enemy, Hector Barbossa.

Elizabeth and Will are about to tie the knot when Lord Beckett appears in the middle of the marriage ceremony. Elizabeth Swann and Will Turner are arrested for collaborating with Jack. Their release is promised under one condition: they discover Jack's compass, which will lead them to a chest full of riches and Jones’s heart. On the other hand, Jack has debts and can't afford to give up the treasure easily.

Pirates of the Caribbean - At World’s End

With the help of Barbossa and his crew, Elizabeth and Will save Sparrow's life in the land of the dead. With the complete possession of the heart of Davy Jones, Becket is on a mission to eliminate all pirate ships. Jack Sparrow must end Beckett's mischief, but that's possible only with the help of an ancient goddess.

Pirates of the Caribbean - On Stranger Tides

This motion picture reveals the characters on another exciting adventure. When Jack Sparrow is required to help his former love interest Angelica (Penelope Cruz), rescue her father by facing Barbossa, they work together to look for the Fountain of Youth to accomplish their mission.

Pirates of the Caribbean - Dead Men Tell no Tales

By the fifth film, Will Turner has died, and his son, Henry (Brenton Thwaites), is planning to break the curse that resulted in his father's death. He discovers that breaking the curse is possible with the Trident of Poseidon. So, the son calls up on Jack to assist him on this hunt, but Sparrow keeps avoiding him for some reason.

Can I download Pirates of the Caribbean movies offline?

Yes! In fact, you can do it by following just three easy steps. With StreamGaGa Disney Plus Downloader, you get lifetime access to your favorite movies, which you can watch anytime, anywhere. This platform lets you download movies and TV shows available on Disney Plus, Netflix, Hulu, Amazon Prime, and 1000+ OTT services.

With their fast batch downloading feature, you can add all five Pirates of the Caribbean movies to your downloading queue. Equipped with GPU Acceleration allows each movie to download within 10-20 minutes. So you can binge the entire film series in one day without interruption. Now, without further ado, let's look at the steps to activate Disney Plus on your device.

Step 1: OPen StreamGaGa andlocate Disney Plus from a list of various streaming services.

Step 2: Log in to your registered Disney account and select Pirates of the Caribbean. Once you have chosen your desired movie, you will be asked to pick audio and subtitles in your preferred language.

Step 3: The last step is to press "Download Now" and enjoy an ad-free movie experience in a high-quality resolution that will prove to be worth your while.