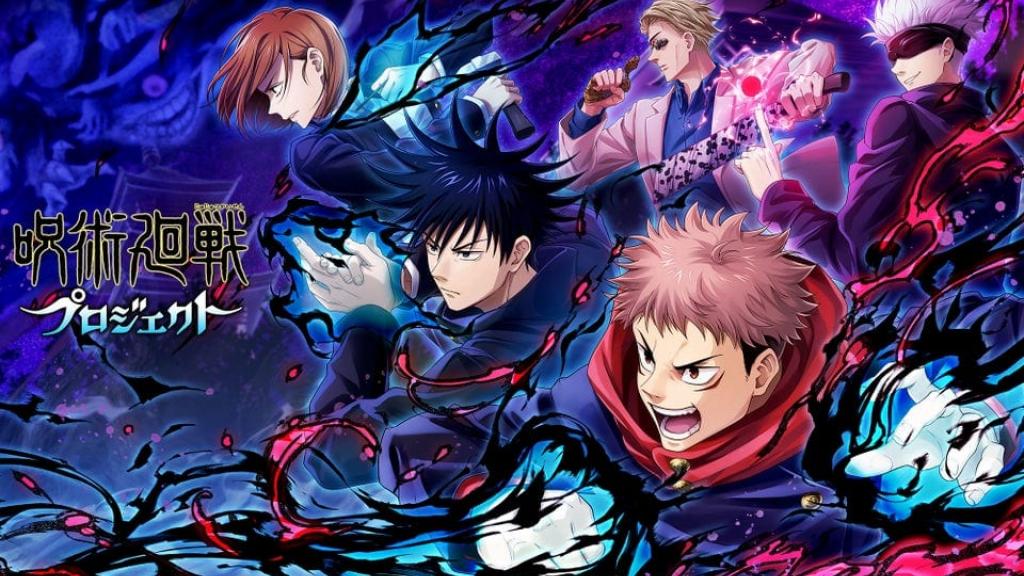 Jujutsu Kaisen is a famed anime series from Japan. Ever since its release in October 2020, Jujutsu Kaisen has racked up rave reviews from anime fans across Japan, the US, Thailand, and the Philippines, to name a few, for its exciting storyline and action-packed scenes.

The dark fantasy series is a Japanese adaptation of the Manga that goes by the same name and is authored by Gege Akutami. Like the series, the comic book received great praise from the readers as over 35 million copies have been sold since the Manga's first chapter release in July 2018.

Most Anime series are available on various streaming platforms like Netflix, Hulu, Amazon Prime, etc. If you are itching with curiosity about whether Jujutsu Kaisen is present on Netflix or if there are any alternatives to watch it offline, you are in the right place as this article is going to cover just that. So read on and scratch your curiosity away.

Where to watch Jujutsu Kaisen?

You can stream jujutsu Kaisen on HBO Max if you live in the US or watch it on Crunchyroll if you are in Asia. Crunchyroll has exclusive streaming rights outside of Asia.

In addition, if you have cable, you can stream it on demand or via an app on your TV or streaming device.

Is Jujutsu Kaisen on Netflix?

Yes, Jujutsu Kaisen is on Netflix, but you will need a VPN to access it. Currently, Jujutsu Kaisen is only available in 7 countries: Hong Kong, India, Japan, Malaysia, the Philippines, Singapore, and Thailand. If you live in the USA or anywhere except in these regions, you can watch this exciting manga-based anime series by following these simple steps:

How to watch Jujutsu Kaisen offline?

If you are travelling or want to enjoy your favourite anime shows without any interruption, we have a way for you. Ladda ner StreamGaga Netflix downloader on your laptop and get ready for a streamlined offline viewing experience. StreamGaga Netflix downloader allows you to download your favourite shows on Netflix at high speed and enjoy HD-quality pictures.

As an added bonus, you can also customize your downloaded video to include different types of audio and subtitles, so you don't have to live in the agony of being unable to understand the language of the show you love.

So, with this tool by your side, you better say goodbye to those annoying buffering and poor connectivity issues and enter the realm of a seamless streaming experience.

Yuji Itadori is a young high-school student with exceptional physical strength. He joins his school's Occult club for fun but finds out later that the members of the occult are real sorcerers. Later, Yuji, along with his friends, discovers a cursed finger talisman that attracts curses to their school.

Being a kind-hearted young boy, Yuji swallows the cursed finger talisman to protect Megumi and their friends from the evil of the Sakuna, the demon. However, Yuji ends up becoming the host of the same demon. He inherits the magic from Sakuna, but instead of acting as a vessel for him, Yuji retains control over his body without interference from the demon.

Soon, Yuji joins Tokyo Jujutsu High, where he remains under the mentorship of Megumi's teacher, Gojo Saturo. Gojo proposes to the sorcerers to delay Yuji's death sentence until he consumes the rest of Sakuna's fingers which will enable the full exorcism to take place and wipe out the curse completely.

Jujutsu Kaisen Season 1 focuses on how Yuji has an utter lack of selfishness and goes above and beyond to protect others. The series shows how Yuji aces the art of energy manipulation even when he is possessed by Sakuna, the demon.

Will there be a second season for Jujutsu Kaisen?

Yes, as confirmed by the Japanese event (Crunchyroll) on February 12, 2022, Jujutsu Kaisen Season 2 is well underway and will be released soon.

When will Jujutsu Kaisen season come out?

According to an official announcement, Jujutsu Kaisen season 2 is expected to arrive sometime in 2023. So, keep your fingers crossed.

What to expect in Jujutsu Kaisen Season 2?

Season 1 ends with an intense clash between Yuji, Nobara, and the two of the three evil Cursed womb brothers, Eso and Kechizu.

The fight sequence begins with Eso spilling his poison using his Wing King technique on both Yuji and Nobara. However, as Sakuna resides within Yuji, he remains unaffected by that.

Despite this highly poisonous attack, Nobara manages to exercise her Straw Doll technique on Eso and Kechizu. With the help of the Resonance Technique, she threw the curse back on them.

Eventually, Yuji and Nobara activate Black Flash, which ultimately kills both Kechizu and Eso on the spot.

Här's what you can expect from Jujutsu Kaisen Season 2:

As Season 1 marks the death of both Kechizu and Eso, Season 2 can entail Choso, the third womb brother, avenging upon the death of his brothers. It may feature Choso focusing on Mahito and Geto's scheme to defeat one of the most feared sorcerers, Saturo Gojo.

Are you interested in Pixar Characters? Find the top 10 Pixar villains you may want to watch

The word Pixar brings back so many childhood memories. The animated movies of Pixar take us on the roller coaster ride of emotions ranging from sadness to frustration to anger to happiness. We shed tears when Carl Fredricksen feels lonely and misses his wife, gets annoyed with Darla when she pokes at fish in Finding Nemo and hates Sid in Toy Story for his malicious intentions of destroying each toy he finds.

Almost all of us are a fan of loveable Pixar characters, but some of us love the villainous more. Om du vill watch the top 10 Pixar villain movies , StreamGaGa Disney Plus Downloader allows you to convert your favorite movie into popular video formats like MP4, MOV, and AVI. Därav, StreamGaGa Disney Plus Downloader is here to make your life easy by converting the video into a format that is easily playable on your device.

Jujutsu Kaisen is an engrossing Shonen anime that takes us into the world of the supernatural. It not only makes us feel for the selfless nature of the protagonist but also makes us marvel at his ability to overcome challenges in his life while staying true to the promise he made to his grandfather to always be kind to everyone.Så ta tag i den väskan med chips,snuggla upp på en soffa och titta på detta"binge-watch värdig"serie just nu!