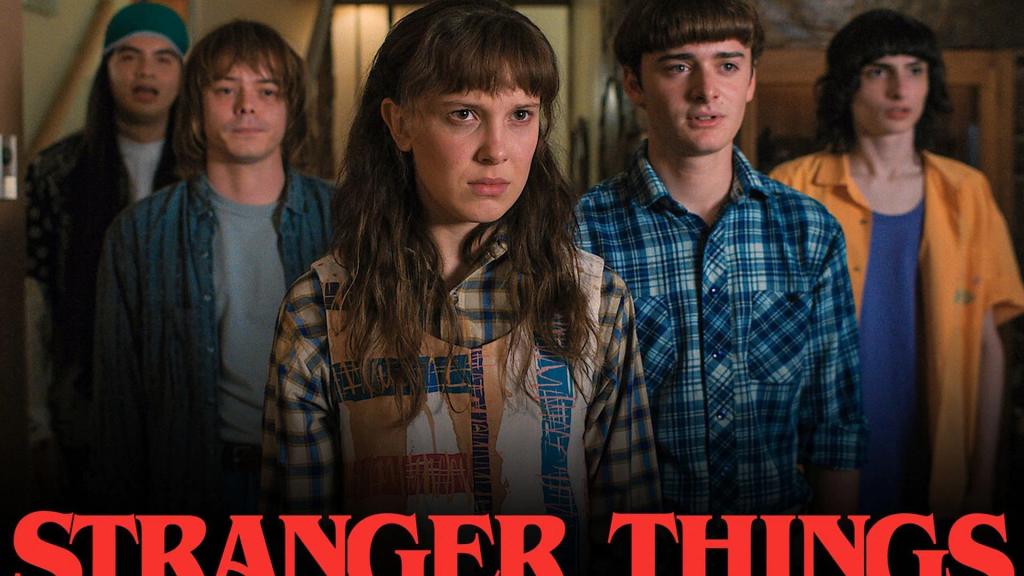 The third season left Hawkin fans wanting more and wondering,"When will season 4 come out?”After a three-year-long vacation, the Duffer brothers franchise is back with the most awaited season 4 of the epic fantasy show Stranger Things. We have only one question to ask of you, are you prepared to return to the upside-down?

Ever since season 1 made its debut in 2016 on Netflix, it has been expanding. The series jumped to the top 10 most-watched shows in the U.S.A and U.K as viewers got ready for the new season.そこには’s no doubt that season 4 will make its way to no: 1 on the Television shows charts.

The new season takes us back to the old small town of Hawkins, Indiana, and our favorite group of friends. Together, they face a vile enemy that may be the most challenging threat they have faced till now. Please keep reading if you can't wait to know more about this sci-fi thriller. Below is a list of all the information, including release date, schedule, cast, plot, trailer, and much more, to help you gear up for the new show.

Related article: Is Scream 5 streaming online? Where to watch scream 5?

When does Stranger Things 4 come out?

COVID-19 impacted the release date, which would have been earlier, had production not been shut down due to the pandemic. In January 2020, filming began and lasted a few months, then discontinued due to the global pandemic. It only resumed back in October 2020.

The Stranger Things 4 is divided into two parts. With episodes 1-7, volume 1 has been ready to make its way to the big screen on May 27. Volume 2 is dropping on July 1, not long after the premiere of volume 1. The second part comprises the last two episodes: 8 and 9.

The action-packed, horror-filled 80's retro show may be broken down into two parts, but it is certainly not divided into two equal halves. The first volume dropped on May 27 、 and the last two episodes will premiere on July 1.

A terrific news for all the die-hard viewers of this highlighting Netflix series is that all the seven episodes of volume 1 of Stranger Things are more than an hour long. According to the Duffer Brothers, the 7, 8, and 9 episodes are feature-movie length long.

Who will we see in Stranger Things 4?

Even though the group has grown out of its youthful charm, their talents have only just flourished over time. Along with the exceptional cinematography, an excellent ensemble of well-performing actors kept our eyes glued to the screen throughout the previous three seasons. With the addition of new characters, we assure you that it's only about to get better.

In Stranger things season 4, the entire main cast will return.

The Plot of Stranger Things season 4: What’s it about?

The story picks up six months after the battle of Starcourt. For the first time, this group of friends gets separated as they try to navigate through the difficulties of high school. However, this doesn't mean that Hawkins is still not out of the clutches of a supernatural threat. Gruesome paranormal mystery awaits again, which may come to a halt once and for all if the gang can solve the mystery.

If you recall, season 3 left off at the death of David Harbour’s Hopper by sacrificing himself in front of a wormhole that the Russians had created. In post-credits, we were taken to the Russian cells where they had their own Demogorgon, and the guard was discussing"アメリカ人。"Season 4 will reveal that Hopper is not dead and imprisoned in Kamchatka, Russia. Over there, he is up against humans and the supernatural.

Where to watch Stranger things 4?

The fourth season has been released on May 27. Stranger things 4 will be available to stream on Netflix like the previous three seasons. On July 1, volume 2 will be premiering, which can also be watched online on Netflix. You can also use other streaming services like Hulu and Amazon Prime Video to watch it online.

How to download Stranger Things on Windows or Mac?

Now that you're informed about all details, it's time to grab popcorn and binge-watch the entire season. Due to internet problems, you don't want to be disturbed in the middle of Hawkins being turned upside down and wait for buffering.

そこには’s a better alternative to your problem. Stream GaGa Netflix downloader is an excellent platform that supports Netflix, DisneyPlus and 1000+ other OTT platforms. It doesn't matter whether you're traveling high above the clouds or having internet issues. You can watch movies offline in high-quality print and audio anywhere and anytime with Stream GaGa.発見できる more Netflix TV series ここ。

How to use StreamGaGa: Step by step: